Close
[contact-form-7 404 "Not Found"]
Other Ways To Meet Us :info@zealousys.com
Our Blog

How to Deploy and Host ASP.NET Core Application on Windows IIS/Server

Previously, we learned how to develop a basic Razor Pages web application using ASP.NET Core framework (which you can find here).

In today’s post, we are going to learn how to deploy ASP.NET Core Application to ISS. While deploying a web app to Windows ISS isn’t difficult, but the ASP.NET Core hosting is bit different than the ASP.NET framework.

The first thing you need to know when creating a new ASP.NET Core application is that they are actually console applications, containing a program.cs file just like a regular ASP.NET console app.

There are also a few more components that are required to deploy & host your ASP.NET Core app to ISS. For instance, first you have to install .NET Core Windows Server Hosting bundle to host your .NET Core application on ISS.

If this is your first time with ASP.NET Core framework, better follow this step-by-step guide to do it right.

1. Navigate to Control Panel > Programs > Programs and Features > Turn Windows features on or off (left side of the screen). 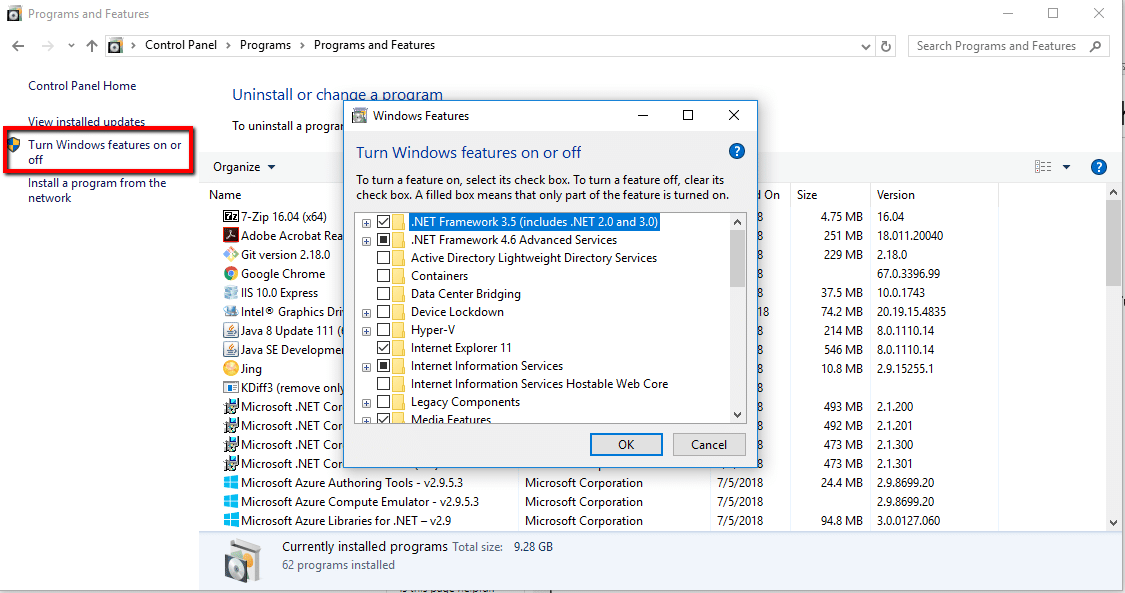 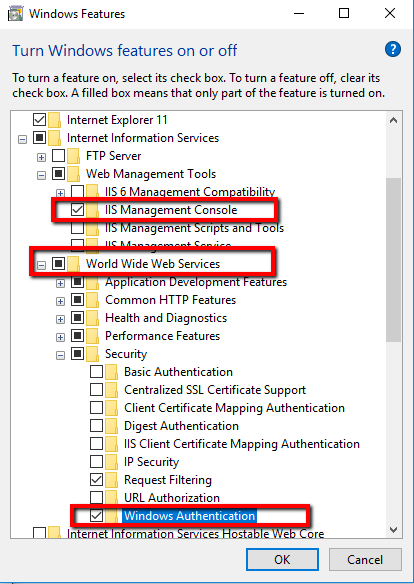 6. If the IIS installation requires a restart, restart the system.

Create a Publish package for the app

With the .net core it is very simple to publish the application using CLI command.

dotnet publish is the command that create a publish package for the application.

Technically, definition is dotnet publish – Packs the application and its dependencies into a folder for deployment to a hosting system.

dotnet publish compiles the application, reads through its dependencies specified in the project file, and publishes the resulting set of files to a directory.

The output includes the following assets:

The dotnet publish command’s output is ready for deployment to a hosting system (for example, a server, PC, Mac, laptop) for execution. It’s the only officially supported way to prepare the application for deployment. Depending on the type of deployment that the project specifies, the hosting system may or may not have the .NET Core shared runtime installed on it.

You can check more at dotnet publish.

Target the Powershell command line to the root folder of the application and run the command. 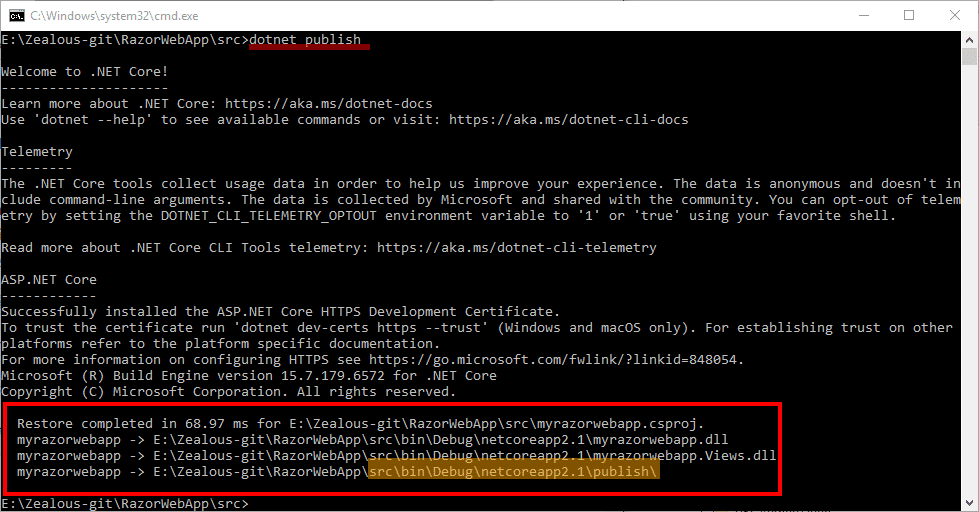 As you can see, the application is successfully installed.

Now to host this app on Windows server, you need to use IIS server.

The following command specifies a Release build and the publishing directory:

1.  On the hosting system, create a folder to contain the app’s published folders and files. You can simple copy the publish folder created by dotnet publish.

2.  In IIS Manager, open the server’s node in the Connections panel. Right-click the Sites folder. Select Add Website from the contextual menu. 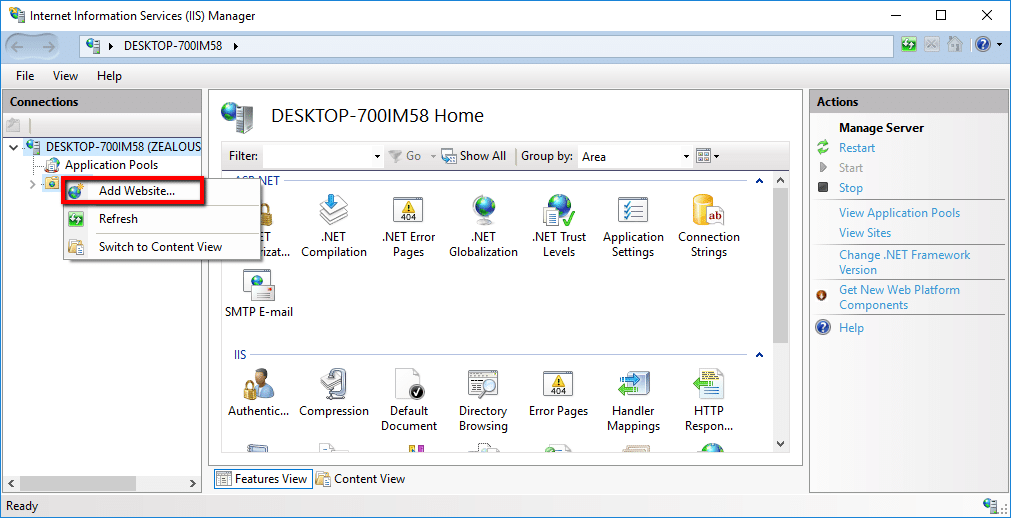 3. Provide a Site name and set the Physical path to the app’s deployment folder. Provide the Binding configuration and create the website by selecting OK: 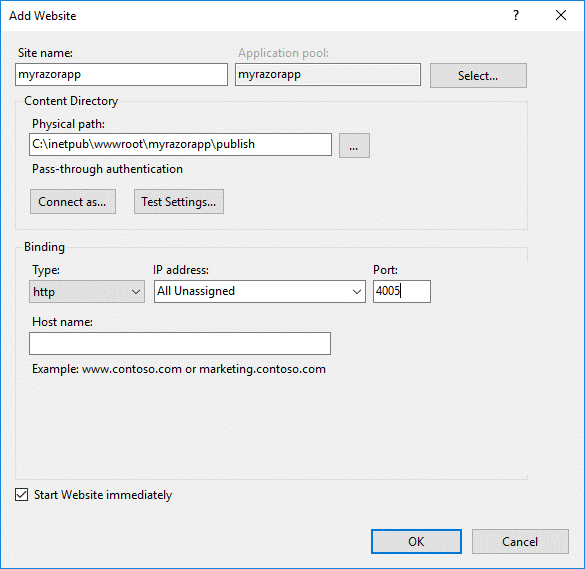 5. Right-click the site’s app pool and select Basic Settings from the contextual menu.

6. In the Edit Application Pool window, set the .NET CLR version to No Managed Code: 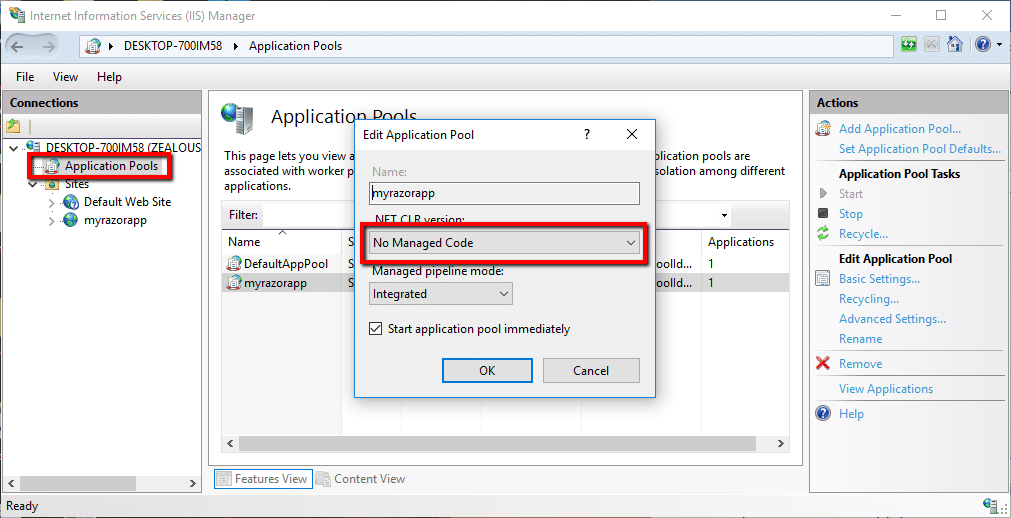 Now, the application is hosted on IIS.

The top benefits of using ISS server is that ISS offers higher level of management, configurability, and security. But, the biggest benefit of all is Process management. It is mainly because the IIS will automatically start your application if it crashes.

Hope you learned how to deploy ASP.NET Core app on ISS. If you face any issue while implementing it, contact our .NET developers for help.