With some new additions to the Zealous family, the annual day (“Jashn-e-Zealous”, as we like to call it) was a myriad of colors this year. Recently charged with our success at the GESIA talent awards, Zealions nailed the much-awaited event like pros. Crooning voices, fluid dance moves, dramatic gestures and acoustic guitars filled the scene in the weeks preceding the event.In addition, the hilarious “Zealous Charitra Awards” were presented with a new theme. Inspired by the characters from Mahabharata, the nominations were voted through online polls. While presenting the awards, our MCs (Master of Ceremonies) added to the fun by dropping hints about the winning nomination.The other major events included inter-department antakshari, group dance, mimicry, fashion show and a satirical take on “Aap ki Adalat”. The fashion show with ‘waste material recycling’ as a theme and the mimicry act highlighted the talented Zealions at their best. After all, we are more than just lines of code! There is no doubt that mobile applications have indeed become one of the most accelerated and reliable channels to reach a large customer base. Mobile app development has witnessed a considerable transformation where the escalation of brand awareness, augmentation of customer experience, and increased business connectivity has gained more impetus. IT Consultant Firms also enhance … END_OF_DOCUMENT_TOKEN_TO_BE_REPLACED 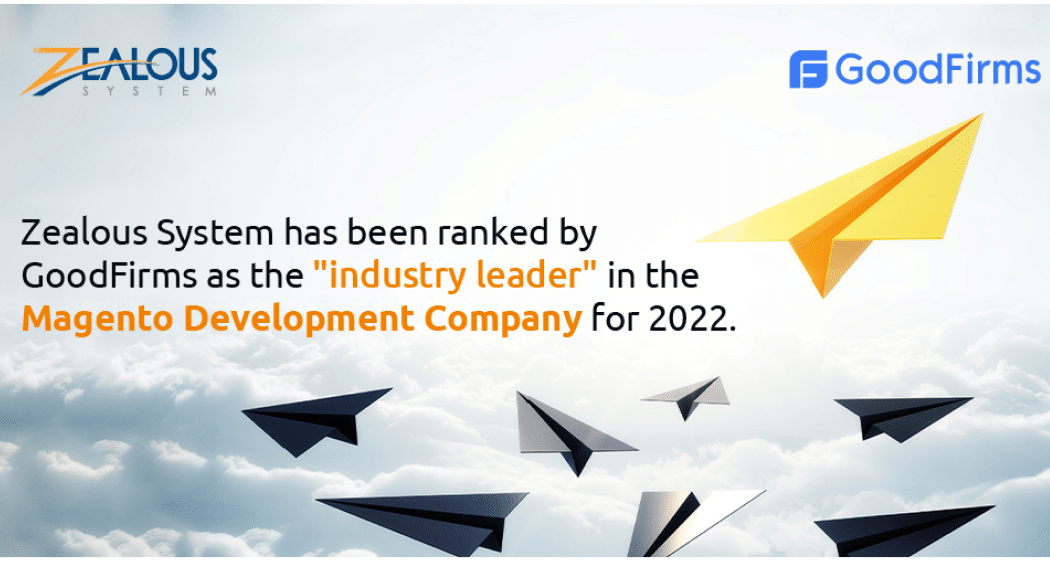 GoodFirms, a Washington, D.C. based B2B research, ratings and review platform has developed GoodFirms flagship Leaders Matrix Algorithm that helps them identify various market leaders, experts, trendsetters and upcoming achievers in a specific technology. GoodFirms recently released their latest list of these categories for the Magento Development capabilities. The announcement was made on the official … END_OF_DOCUMENT_TOKEN_TO_BE_REPLACED