Android P is Out for Developer Testing! – Here’s What Every Android Enthusiast Needs to Know (Especially Android App Owners!)

If you’ve developed an Android App before (or want to develop one now), then you probably know that Google has recently launched a new OS – Android P!Because the latest OS is currently in progress, Google discourages regular Android users from installing it. Although the developers can download it to get a perspective about the new features that it has to provide, and make sure they are compatible in their respective apps.In this post, we are going to talk about the new features of Android P, and how they’ll help Android App developers to create or update apps, enhancing them for a better experience for end-users. 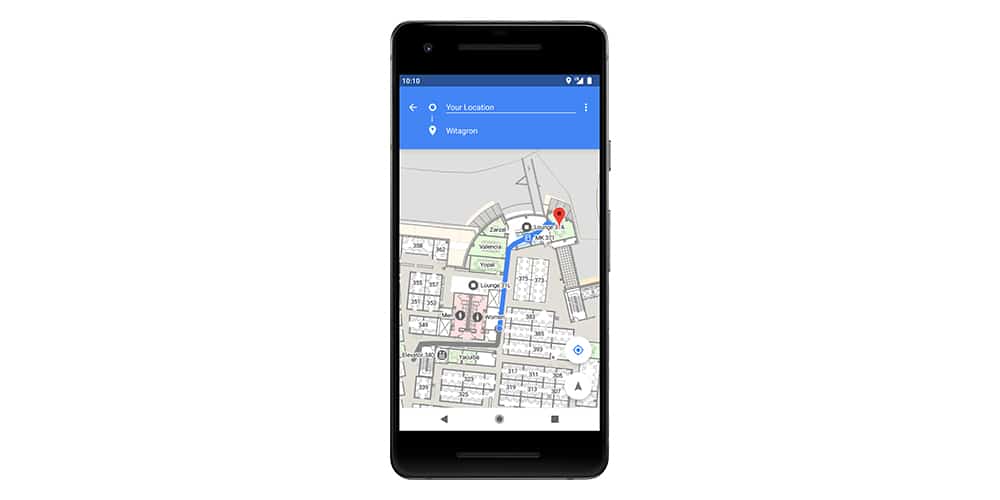 With its latest OS update – Android P, Google is now aiming to make the turn-by-turn directions for indoors just as smooth as it did with Google Maps for outdoors.Android P has added a new platform support for IEEE 802.11 mc Wi-Fi protocol (a.k.a. Wi-Fi RTT) to allow developers to take advantage of indoor positioning.With this new Wi-Fi RTT (Round-Trip-Time) feature, it’ll now be possible for Android Apps to detect how far you’re from the WiFi access point that your device is connected to, and use that data to get more accurate indoor location. This means, developers can now build new experiences, such as in-building navigation in their apps. 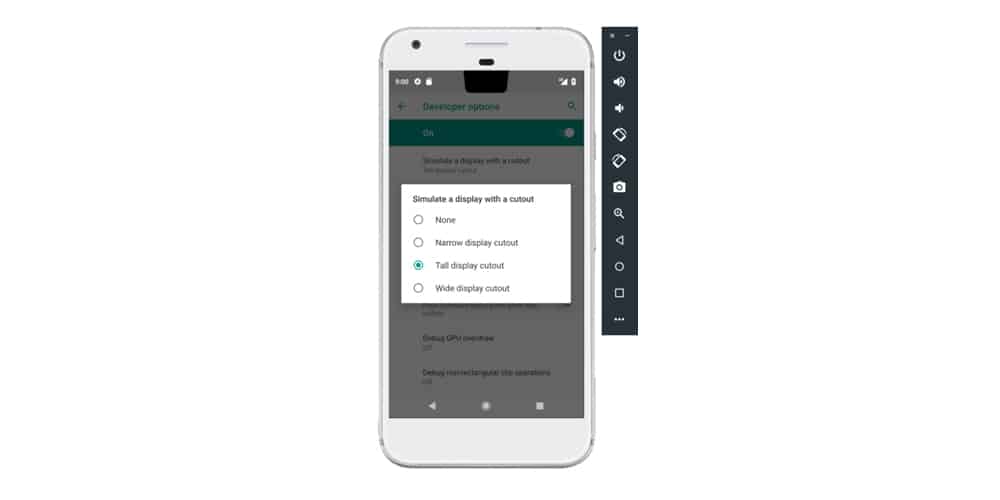 The all new Android P update offers support for the latest edge-to-edge screens with display cutout for both speaker and camera. You can use the new getDisplayCutout() to find the location as well as the shape of the cut.In simple terms, Android P is going to make it easier for Android App developers to support the cutout in the display using APIs to create UI around the screen cutout. This means, Android App owners having apps with buttons on sides can avoid those cutouts to make it easier for their users.Google has already added various cutout screen styles to the new Android P simulator, so that the Android App developers can test these API without having an Android smartphone with cutout on-hand. 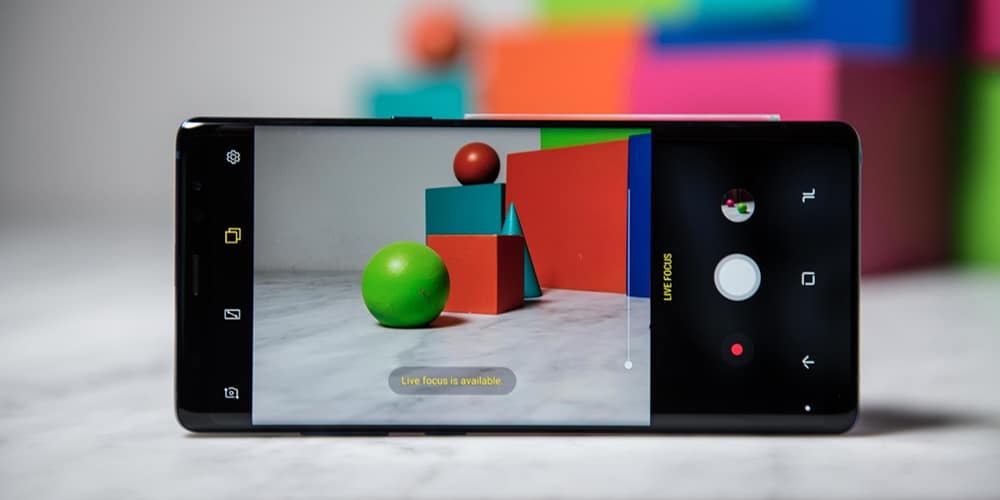 Nowadays, many Android smartphones come with dual-front as well as dual-back cameras, but till now the developers were able to make potential use of only one of them.With Android P, that’s going to change. Android App developers can now stream simultaneously with two or more cameras on devices running Android P, with the help of a new API called multi-camera API. This implies, developers can now create innovative features that were not possible with just a single camera, such as – stereo version, seamless zoom, bokeh, etc.Besides this, there is also another significant improvement in the camera section – Session Parameters, which would reduce the occurrence of delays during initial capture.

#4 – Enhancements in The Notifications 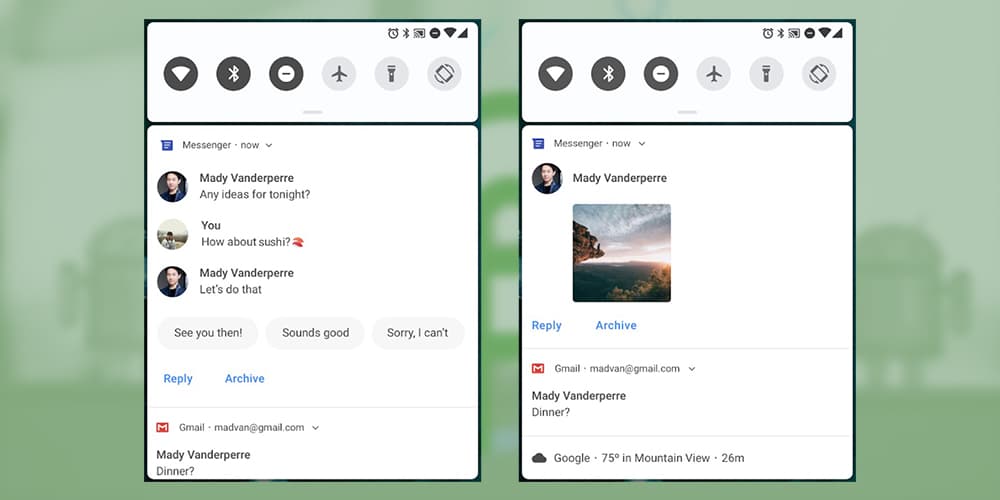 In the previous update, Google had added an action to reply to messages from a notification received. This year, Google has taken it one step forward by adding support for images in the notification.In simple terms, Android P will now display images in messaging notifications on smartphones. Android App developers can use SetData() on the message to display received images in the notifications itself.Apart from this, another addition is of Notification.person class, which helps in identifying the person involved in a conversation. But wait, that’s not all! The new Android P also allows to save the replies as drafts if the user happens to unintentionally close the messaging notification. 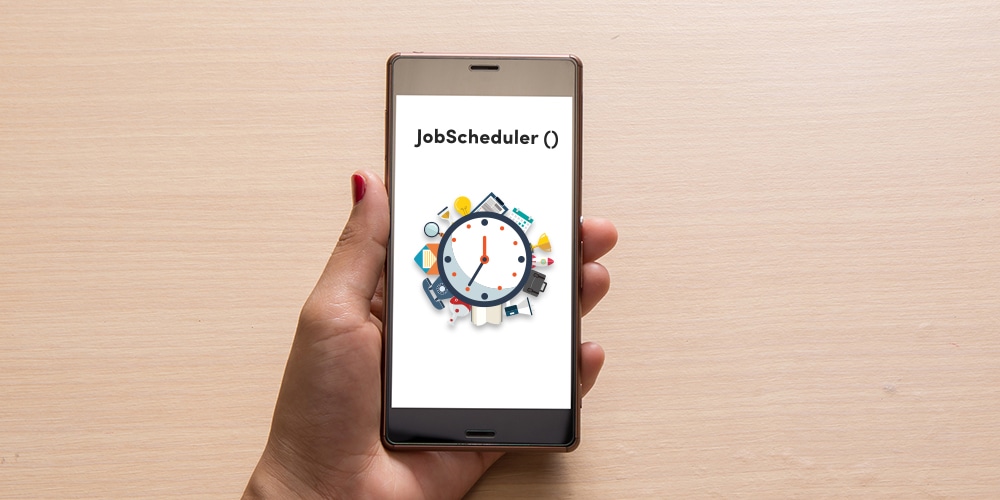 The JobScheduler in Android P has been improved to help it better handle network-related jobs for the users.In technical terms, the jobs can now declare their estimate data size and specify their detailed network requirements.For example, if the phone is on metered network, the jobscheduler will defer the large network requests, but when it’s on an unmetered network, the Jobscheduler can run pre-fetch jobs to enhance the user experience.However, Android App developers must make sure to use setEstimatedNetworkBytes(), setIsPrefetch(), and setRequiredNetwork() when appropriate, to assist JobScheduler handle the work properly.In addition, developers should also consider using the network object returned by JobParameters.getNetwork() when their jobs get executed. Otherwise you’ll probably use the device’s default network, causing unintended data usage.

Are you ready for the next flavor of Android?

Clearly, Android P has been one of the more meaningful Android OS updates in the recent years. But as mentioned earlier, this is an unfinished and unstable version of Android P. So unless you’re working on developing an Android App of your own, it’s best to wait for the final release as the current Android P version is released for developers only.The final release of Android P is scheduled to be released during Q3 of this year. But users can download the public beta version which will be released during the Google I/O Developer Conference 2018 hosted between May 8 to May 10 at the Shoreline Amphitheatre in Mountain View.But meanwhile, you can stay tuned to our blog for further news on Android P.

It gives us immense pride to declare that our name was included in a press release consisting of the top mobile app developers in the industry.At Zealous system, we have a belief that investing in the thought process of coding is more important than coding itself. We try to get the basics of development right … END_OF_DOCUMENT_TOKEN_TO_BE_REPLACED

Personalisation is the Future of any Business! Whether it is retail or service industry, the Brands that do not curate Personalised offers for their Customers are bound to lose those customers to their competitors who are leveraging personalisation. Although there are many who says privacy is compromised with the need of personalisation, the customers are … END_OF_DOCUMENT_TOKEN_TO_BE_REPLACED